it is our common winding equipment. This series of product lines covers a wide range, including small and medium-sized models as well as major models. The control system generally uses single-chip microcomputer circuits. Due to low prices, stable performance, and easy maintenance, etc. Features are widely used in transformer manufacturers. 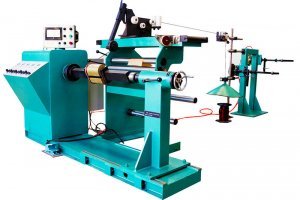 Foil winding machine is mainly used for winding foil coils. Its structure and function are much more complicated than ordinary winding machines. Tension control and foil strip correction are the key technologies of foil winding machines. There is still a certain gap between imported and imported equipment. Domestic manufacturers have a relatively high level of investment and attention in this regard, and technical problems are gradually being solved. 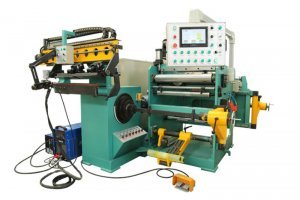 It may not be very common for vertical winding machines.

It belongs to special equipment.

The working principle and processing range are completely different from our common parallel winding machine.

At present, the vertical winding machine is further developed into a large-scale, and the load-bearing capacity is also continuously improved, bringing the winding production to a new level.

The device realizes the working mode of the winding staff sitting and winding the coil, which greatly reduces the labor intensity.

At the same time, the three-dimensional winding machine has reversible and power-off memory functions, is simple and reliable in operation, high in efficiency, and is suitable for a range of applications.

Above are main transformer coil winder classification,how to choose the one we really required when facing so many types,4 Factors to Consider Before Buying a Coil Winding Machine helps you.